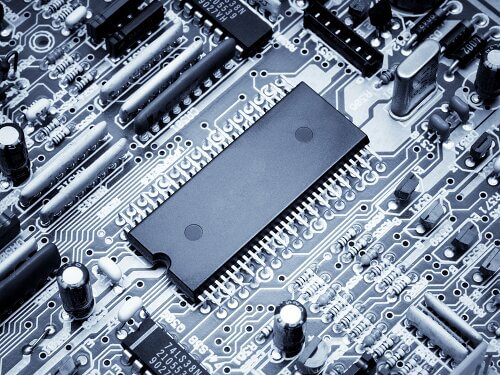 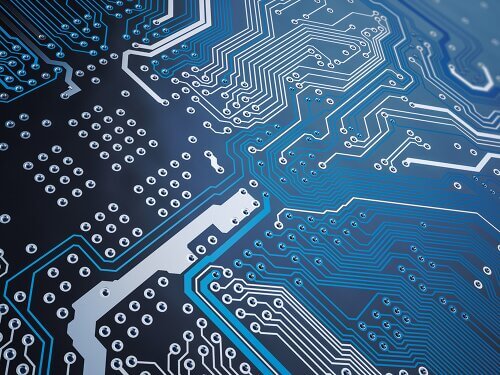 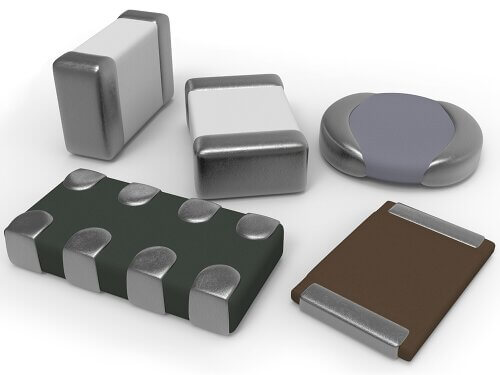 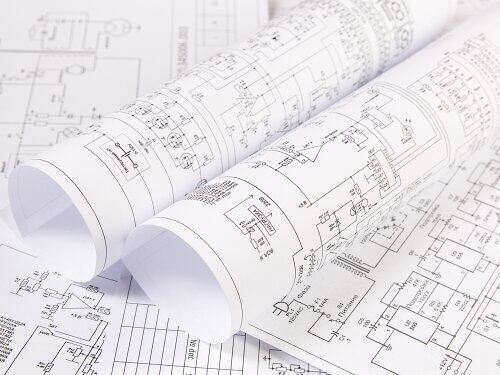 Soldering paste imposing
The first element of this assembly is the soldering paste imposing process. Stencils usually made from metal with a sieve are used for that. After applying a stencil to the printed circuit board, sieve holes hit exactly in places, which uncover only soldering points of SMD printed circuit board. Then from the top soldering paste is placed and surplus is taken away by squeegees. After the stencil is separated from the board, a thin layer of soldering paste is left (the layer’s thickness equals the stencil’s thickness) on the SMD soldering pad – only in the places where sieve holes are placed. That is the general operating principle for all sieve-printers for soldering paste imposing, both manual and fully automatic. They differ in automation scale, which means that in manual sieve-printers all operations are performed manually. When it comes to the more complicated machines, boards are consecutively collected from the appropriate tank, then transferred to sieve-printers. Positioning of a board and stencil against each other is done automatically(laser measurements), the paste is imposed automatically by a squeegee, after that boards are transferred to the pick & place machine – all without human intervention.

Pick & place SMD elements
For placing SMD elements the pick & place machinery is used. Heads with suckers are the main element. Feeders are tanks in which components are collected. The head has can freely move horizontally – reaches the feeder, lowers sucker to a component, then switches on the negative pressure in the sucker, sucks it, and then lifts up. Many heads have special jaws adjusting the component’s position. Then the component is placed, the negative pressure is turned off in order to leave the component in the same place whereas the head reaches another component. The majority of modern machines have a few heads working simultaneously. Thanks to that the place & pick process of SMD elements runs significantly faster.
Additionally, heads can be equipped with a video system. Such heads are much more precise than standard heads, in which a component location is corrected by jaws. The modification in functionality means that a component on the board is transported over the video camera and an integrated computer analyzes an image. Parameters measured in this way are taken into consideration while correcting the location of a component. Due to that, the component is placed very precisely on the board.

Reflow soldering
Boards with SMD elements placed on soldering paste are put into an oven. They move on a conveyor belt and stop for the specified time in successive oven zones. The initial zones increase boards and components’ temperature close to the melting temperature value and stabilize it. It is important because components differ in size, weight, coverage, etc. Then the board goes to the propagation zone where the paste is melted. In the following zones, soldering solidify occurs and gradual cooling of the board starts. The soldered board comes out from another side of the oven.

Wave soldering enables soldering of SMD and through-hole components simultaneously in an effective and fast way. Unfortunately, this method is limited e.g. only large elements may be soldered with big spacing and only on one side of the circuit board – BOTTOM sides. Through-hole components should be mounted into holes from the opposite side, into the TOP site, so that soldering tips were placed on the same side that SMD components.

Glue applying
A small amount of thermoset glue is applied under each SMD component with a sieve printer, similar to soldering paste, or with a dispenser.

Pick & place SMD and THT components
Elements are placed with pick&place machine. Under each element, there is a drop of glue applied during the previous process. The Element is pressed to board. Then form goes to the oven. After warming, glue is hardened. Now the THT components may be placed on the top side in such a way that pins go through to another side of the board.

Wave soldering
Forms with glued SMD components and picked THT are subjected to wave soldering. They are transported over a container with a large amount of molten tin with proper chemicals (its task is to reduce tin viscosity. By using the appropriate nozzle stationary wave is formed – it washes evenly underside part of the board moved over. Tin hold pins of components to pads on board – both SMD components and THT. The soldered board is cooling and going out of aggregate.